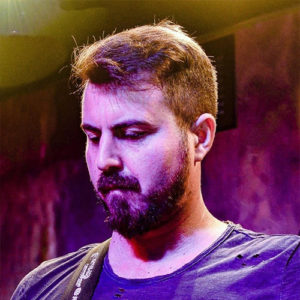 Emil Khachaturian was born on April 11, 1981 and grew up in Ukraine! He became involved in music when he was 15 years old.

Emil is a famous musician in Israel in the sphere of show business. A former military of the Armed Forces of Ukraine, but dreams of becoming a musician did not leave him! Until 2014 he lived in Kiev and performed in Ukraine, was the frontman of the group NEOGARA. It is a high-class musician-professional in his business, guitar genius, musician-virtuoso, composer, performer of incredibly beautiful music and his author ‘s songs, which writes in different languages: Ukrainian, Russian, English,

Emil is a cool professional, as well as an interesting personality and a wonderful speaker with his philosophy of music. He has given more than 350 concerts. There is no better antidepressant than his music, which penetrates deep into the soul!